While a chemical engineer by education, today Andrew Scopel is a team lead in NNE's US Automation department. Andrew describes the switch to the life science industry and to NNE as "the best move in my career". Read on to find out why. 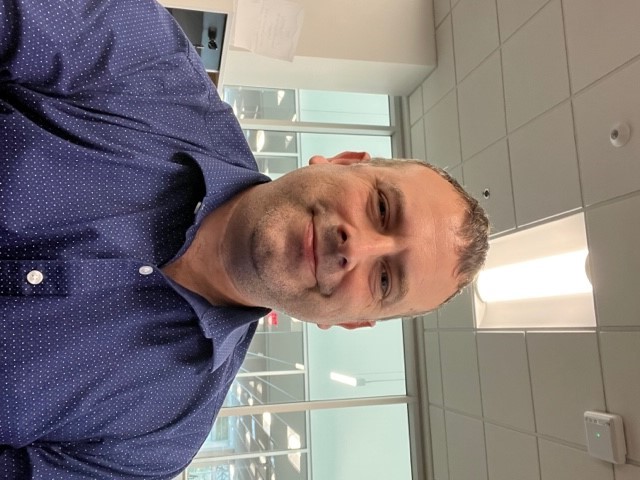 Why did you choose a career in engineering?

My father was my role model for why I chose to go into engineering. He was a process engineer in an entirely different industry than the life sciences, but the work that he would talk about from time to time during family dinners was enough to get me excited to make the decision to pursue a career in engineering.

To start that career path after high school, I decided to pursue a degree in chemical engineering.  After graduating I immediately went to work for a company that made specialty fibers as a process engineer. After three years, the company I was in was working for was taking a turn for the worse and that is when I decided to make a move into automation and specifically into the life sciences industry.  It was quite the career path change but looking back it was the best move in my career that I have ever made to this day.

What is different about NNE?

The culture at NNE is one of a kind.  While I can count the companies on a single hand that I have worked for from co-op to NNE, I can attest that NNE has the best work environment than any of my previous employers.

Two things immediately come to mind that sets NNE apart from my previous employers.  The first being the open office environment. It took some getting used to at first but I now prefer it and would not want to go back to an office or a cube on a regular basis. The second is the feedback that I see happening in our organization excels in every way.  Prior to NNE I felt that I only received feedback during annual reviews, but with culture we live by today, I receive feedback and give feedback on a regular basis and it also makes me feel like my colleagues are paying attention to what I am doing and that I am not just treated like a cog in the machine.

it also makes me feel like my colleagues are paying attention to what I am doing and that I am not just treated like a cog in the machine.

What makes your automation role exciting?

I have been in the Automation Team Lead role for just under a year and I can say that I made the right move for myself. While I could name multiple aspects of my job that make it exciting, I will focus on one. The most exciting part of this position is being able to lead others and have a direct impact on their career. I measure my success by the success of my team members. If they succeed, I feel that I am succeeding and to me my team member development is the most important part of my job.

Everything else in my position could go down or sideways, but knowing that I am helping my team is the top priority for me because without them there would be no reason for me to be in the position that I am in.

The most exciting part of this position is being able to lead others and have a direct impact on their career. I measure my success by the success of my team members.

B. Sc. Chemical Engineering
The University of Toledo, 2003

The Automation team at NNE US consists of 14 fulltime professionals who work to grow and support the automation needs for all of Novo Nordisk, with the goal of expanding their pipeline to external work. Want to be part of Andrew's team?

We're currently expanding our US team and have openings in many different disciplines, including automation. Maybe we have one for you? We are looking for more talented engineers to join us. Get a taste of what makes NNE such a unique and dynamic place to work.